A downloadable game for Windows and macOS

A time-traveling roguelike, where you cooperate with your past selves to overcome all odds. Summon several versions of yourself, and work with them to defeat all foes!

See the playthrough of the Ambush Challenge to get a faster introduction to chronomancy!

This is a traditional roguelike: terrain is procedurally generated (except for a few special locations, like level 2), all enemies are random, it's turn based, and has permadeath. It's also very challenging, so play the introduction and attempt the challenges a few times, or watch the Ambush Challenge playthrough!

When a terrible beast attacked your village, your brother cast the Ultimate Stasis to freeze time for the beast... and himself. You can free him only with the power of a black incendium artifact, from within Ember Deep. Terrors await, but you must go forward, to have any hope of saving your brother.

Reverting is when you send your current player into the past. You can then see your "old self" move exactly as you did back then, and you are free to move your "new self" at the same time.

To revert, one must:

Some examples of good uses of reverting:

These were fixed after 7DRL, but the original is still available in the downloads section.

I'm considering releasing this as an actual Android/iOS game, so I'm excited to get feedback from the 7DRL reviewers! I'm particularly curious about your thoughts on:

Also, as a traditional roguelike, Ember Deep is meant to be very challenging, which sometimes makes it hard to review, since we have a lot of games to get through. I highly recommend watching the 7-minute Ambush Challenge playthrough before judging, to skip past the usual half-hour learning curve, so you can see more of the game! If not, attempting the challenges a few times before diving into the game would help you too. Also, don't hesitate to use the cheats if you die, to get back to where you were, so you can see as much of the game as possible:

This game was made with:

I started with the underlying ECS engine from Incendian Falls, my last year's 7DRL submission. IMO, Incendian Falls was a good demo of time travel, but the gameplay didn't really show why it was useful, so this year's goal was to really design a game around chronomancy, and show situations where it's helpful.

Over the course of the week, the major tasks were:

Cool and very tactical game! Due to the nature of the main time travel mechanic it gets pretty deep.  The irregular pentagon terrain is one of the most interesting & natural looking tiles I've seen in a RL though occasionally the tile divides can be obscured by the units causing you to try to interact with a tile you aren't actually adjacent to.  It also controls really + the highlighting for targeting is very helpful. It's cool that the different types of enemies have different strategies needed to overcome them though at least with trasks(the green ones) it felt like you HAD to clone+taunt or you were dead, although I didn't realize I had a ranged spell to start at first :D.  The unit boxes are a bit large, sometimes they cover each others' life bars, but highlighting at least lets you check their hp at the bottom.  Sometimes it was easy to miss which was my main character and which was a clone, maybe a different color scheme like purple for them would help? I completed the challenges and the first 2 levels, but died on 3 trying to distract a fire guy and not realizing they arent melee.  I think a super simple "undo" one turn spell/action would help a ton when you are unsure of the enemy's behavior or just make a misstep and end up in an unwinnable situation while also fitting thematically.  Overall this is a really ambitious and innovative game!

Here is a review: 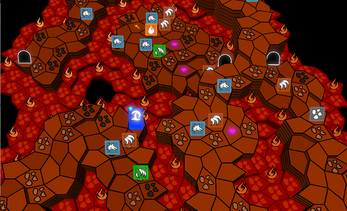 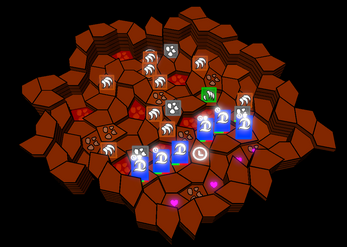 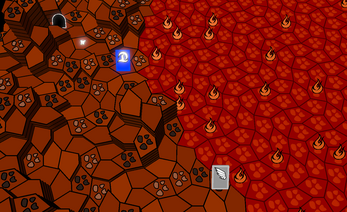 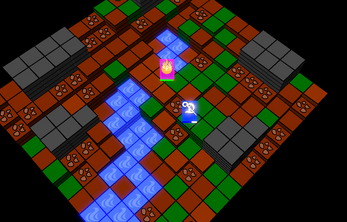 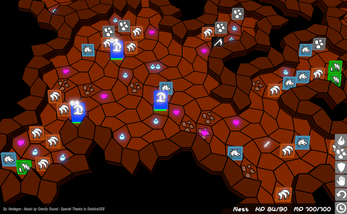 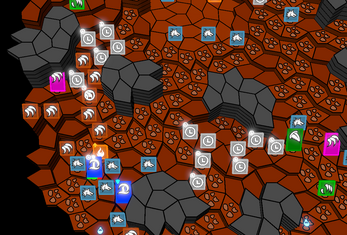 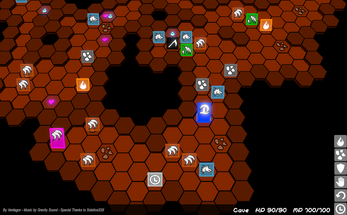 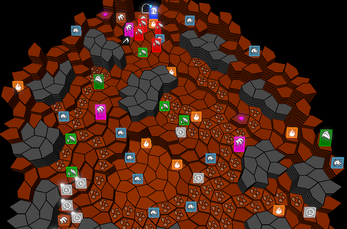